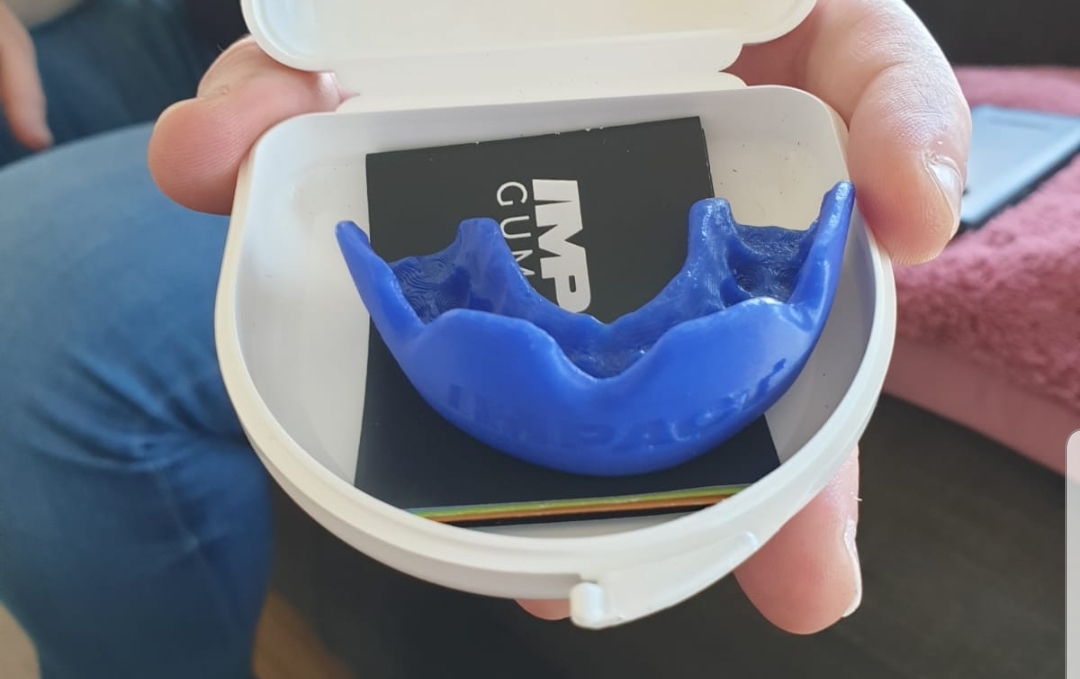 t the impact gumshields or the first time. These are 3D printed gumshields. The manufacturing process is pretty simple and probably takes as long as the normal molding process of regular gumshields where they are placed in boiling water and then molded in the mouth and left the cool in water so they contract and hold their new shape.

Impact does things very differently, so a small scanning machine is used to scan the exact shape of the teeth and gums as well as the palette. This takes roughly two minutes and mainly just involves keeping your mouth open while the technician does there job with the scanner. After that time you can see your scan of your mouth and then choose what colour or design you want for them.

In comparison to normal, all the work is really done by impact themselves, I was lucky enough to have a look at the set up inside their offices where I could see where my scan would be turned into my own purpose made gumshield. I was shown the various 3D printers that were specifically designed for making the gumshields where they used a specially designed shock-absorbing polymer. The link just shows a more in-depth explanation and example as to how the process occurs https://youtu.be/fuYog05y1Y4

The gumshields are strong to touch and thankfully are one of the few gumshields I’ve had where I can talk like a normal human being while having them in. The benefits to a 3D printed gumshield other than the ability to customise them and talk more normally are that you have the scan forever so you can have them made up again to the same level and standard which is often hard to replicate with other makes. The better fitting means that they slip less making them safer for dental health.

Gumshields have in recent years, as concussion studies have increased, been shown to play a small role in their severity but this severity often occurs when they are loose and loads are sent back through the head similarly to the spaces in a helmet where forces do not dissipate immediately. This is thankfully something you shouldn’t have to worry about due to the nature of the gumshields themselves.

As such the only downside is the price for them, the price of the scan is taken into the initial price and so any future gumshields would be cheaper but they are still expensive, yet the quality and process would show that this is an understandable price tag.