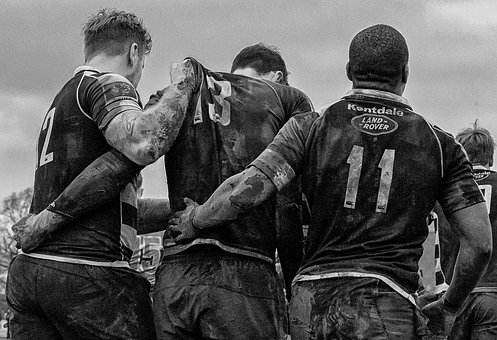 So where do I start? This year I returned to playing rugby for the first time in five years. I had been away from the sport as a result of a Talor dome fracture of my ankle which occurred during a rugby match of all things. I ended up doing the usual where I spent a very long time after getting my initial scan where the prognosis of the injury changed from week to week. After doing this for nearly 5 weeks I decided to stop going to the hospital and decided to sort myself out as I had reached a point where I had to meet with new doctors each week and have a new diagnosis each time. I spent the following year rehabbing my injury but had reached a roadblock. I wasn’t able to walk more than five minutes without my ankle swelling up and I would be in excruciating pain. At the time the ankle would lock up and cease when I was walking.

I decided to then get a scan which was quickly followed by surgery a month later after I finished my second year of college. I had my surgery which was meant to be quick keyhole surgery, lasting a little over two hours. Over four hours later and I woke up very tired and very sore. I hadn’t realised what was going on and after several days of severe pain, I had the written description of the surgery. I was shocked, to say the least, my surgery involved the removal of 2 pieces of cartilage, a new piece of bone, a shaved down Achilles tendon, a reconstructed deltoid ligament complex and 2 pins and wires now inside my ankle. As you might expect I was pretty surprised and also rehab time was slightly increased.

So after a long return after injury, complications, college, and rehab, I was able to play again. My first season back started off slow, taking a long time before I was able to play and keep up with the pace of the game like I once could. I had already thought that rugby was something I could never play again so to be able to return to it. The comradery and social aspect was also something that few other sports can equal when it comes to rugby. Sadly in my last game of the season, I picked up another injury.

The term ignorance is bliss could never have been truer in this instance as nearly immediately after the initial shock I knew exactly what had been injured in my leg. I sat in a daze on the side of the pitch as the last minutes of the game ticked down and I was carried to a car and driven home so I could make my way to a clinic to have my knee scanned. I sat in my little cubicle knowing that rugby was now sadly something not that I physically couldn’t do again but something I shouldn’t play again as I had become self-employed I suddenly came to a very abrupt realisation that I now couldn’t work and was now unsure as to when I could return to full work.

After chasing an MRI down for several weeks, I was able to get the results that I had already known in my own head. I had damaged my ACL, MCL, and cartilage. This would stop me from being able to do pitch side work with my teams for a long time but by the time I had received my results I had returned to clinical work out of necessity to pay the bills. I still have to wait to see if surgery is necessary but I have retired from rugby for what seems like the second time in my life but this time because I sadly realise that my life has changed in what I can and should do, which sounds terribly pessimistic but I love my job and I nearly took this injury harder than when I found out I needed surgery to my ankle previously.

I think it is more the choices you take, so I choose to be able to be an active therapist where I work in my own clinic, with my own teams and be involved with events all over the country, which is what my job lets me do. My job gives me massive amounts of freedom to enjoy the other aspects of my life around it. But I am not leaving rugby behind fully as I have also decided that I will train to do coaching so that I can still be involved with my club and be able to use what I have already learned with the teams I have worked with still enjoy rugby but from a safe distance from now on.