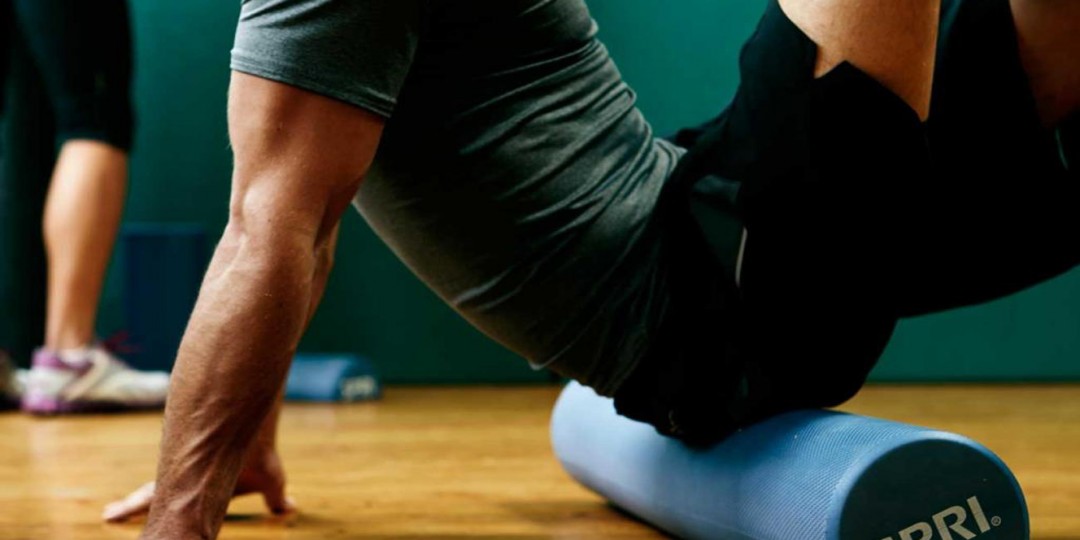 What exactly is foam rolling and why does everyone talk about it and also treat it like a way to fix every kind of muscular pain /problem in the body. Well foam rolling is normally the use of a hard cylinder shaped object placed against a fixed point that a person will apply there body weight to it and cause it to move. The fixed shape and weight applied causes the soft tissue directly underneath to experience increased pressure directly at the point of contact acting as a form of self myofascial release.  Self myoyfascial release can be done using a classic foam roller, lacrosse ball, theracane, muscle roller sticks or even something like a yoga block. Self myofascial therapy has gone from something only done by people who compete in sports and endurance activities to something many people have introduced to their everyday routines, like stretching.

The goal of self myofascial therapy and in turn foam rolling is to return muscle and soft tissue to its original elastic state. People aim to apply these pressures so that tissues that feel sore, stiff or shortened return to a more normal state and sensation. When creating this motion many people experience pain or referred pain with many stating knots in the muscle. There a re no such thing as knots in muscles but areas of tenderness or trigger points as a result of tissue having to produce a function it is not fully developed for or under great stress can cause this pain or the referred pain may be experienced.

The force applied by the weight of your body upon the object can allow for tissue to produce a reactionary force often causing a release of the tension built in muscular tissue. This often alleviates the pain which s a symptom normally allowing for the cause of the pain to be better identified and solved. When the pain or reduction in functionality of the tissue is not that bad self myofascial release in the form of foam rolling can be used as an effective method of maintenance and preparation for activity.

Caution should be taken when using such methods though as it is best used into areas with large or deep surrounding muscular tissue such as the lower or Lumber spine or the neck. Areas that only have a scant amount of soft tissue can be aided by these methods but as many people often find it difficult to judge the force they are applying by the use of their body weight it can also cause bruising or low grade strains into sensitive areas.

Foam rolling is best used in conjunction with other injury prevention and maintenance methods such as stretching and warm up/ coll down protocols as well as prehab exercises put in place to strengthen often problem areas while reducing the sensation of pain into areas often plagued with pain as a result of their nature of being the bodies natural force absorbers. To keep our tissues in as good a condition as possible while maintaining a high quality of activity is one of the most important benefits foam rolling can have for many people. reducing pain and allowing people to experience relief from tightness and stress allowing for a greater quantity and quality of movement and as such performance.

Some of the best techniques for foam rolling are the most basic the roll out areas such as the T-Spine and calfs but also areas such as the base of the neck and lower Trapezius between the scapula. using a lighter force in more specific areas can be more beneficial than trying to apply as much pressure as possible as many people foam roll regularly but don’t benefit greatly from it due to poor technique.