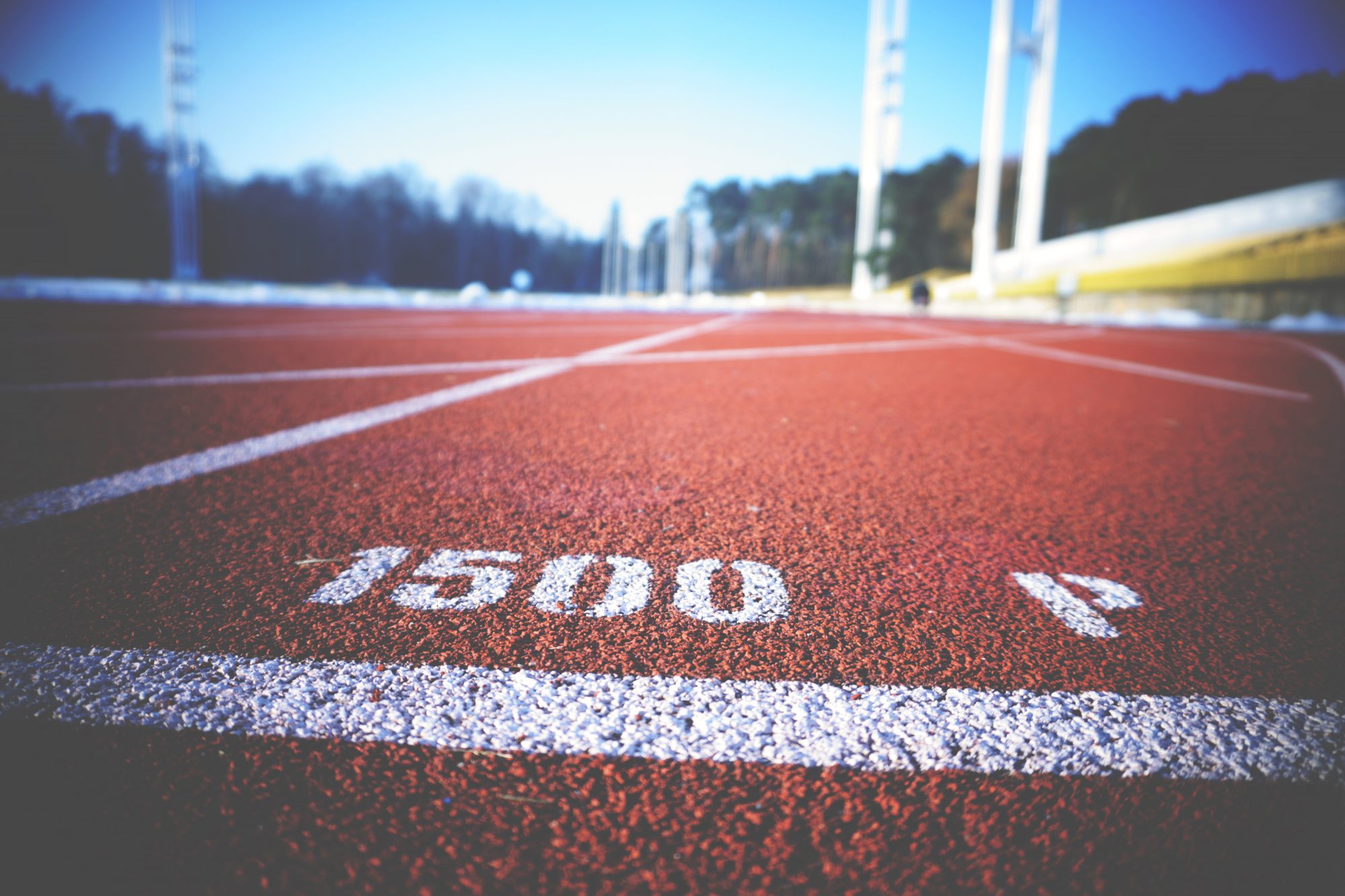 In our modern world the old and the new seem to inter mingle and over take one another as we see them with fads and waves of interest, fashion and ideas. This is very much true when it comes to the way in which we view how to treat patients. What is currently in fashion, what are the therapies currently used or being studied. We often see these first hand from professional athletes or at major events like the Olympics or World games. What are the athletes currently receiving for their rehab or their pre-event work. This can be clearly shown when we see therapies like cupping or kinesio tape which were around for many years especially cupping, originally an Asian treatment, making their big world showing at the Olympics and suddenly becoming the new “It” therapy.

As such, are the therapies used or wanted, implemented like a popularity contest, with the fashionable and cool person winning even without knowing for sure what it is they do. This can often lead to therapies evolving and becoming more stream lined and specific such as the therapy dry needling, coming from the Asian medical practice of acupuncture. It seemed to work for centuries but not exactly for the reasons described. Does that mean that all therapies possibly have a sell by date before they are either updated and brought forward or left to the way side.

We often see this being heavily influenced by where our school of thought lies. Western medicine for nearly a century has implemented the R.I.C.E method of Rest, Ice, Compress and Elevate to treat initial injuries and for early stage rehab. Whereas Eastern medicine often implements the use of stimuli to injured or affected areas to hopefully cause increased levels of healing. So who is right? Well neither can 100% claim that their way is without a doubt the best, it is purely based off where a therapist received their training. Many therapists will learn new methods, ideas and therapies to keep themselves up to date and relevant. So no therapist who has practiced for a long enough period is the exact same as they were when they first entered the industry.

An article I recently read put it somewhat into perspective that fad therapies often come and go due to initial popularity and exposure but they mainly end up being contained by the school of thought they come from. Which is why when therapies such as cupping, dry needling and the many different forms of soft tissue therapies that become long term and major therapies within both bodies of medicine, it is a pretty major thing,

The reason behind many therapies ability to reduce pain have yet to be scientifically shown, such as the term “trigger points”. A trigger point has never been shown to actually occur in enough pieces of literature to be a definitive reason behind pain or reduced mobility, but I can find them and release them somehow in patients. Sometimes we practice things that are not fully backed or that we don’t quite know why they are helpful and yet we use them regularly and we can see that they are beneficial. So unless its somehow a placebo effect present in most people or sometimes we implement different methods of treatment without needing to know why they are effective as long as they don’t cause harm. Maybe this means the way we view rehab needs to slightly change from everything being rock solid truths. Yet maybe we also need to better educate those who come to us in what exactly the methods we use do so that rehab becomes less of a popularity contest where we case what people want and provide a wide enough spectrum of treatments from several schools of thought.

I believe that my ideas were first challenged when on placement when the fully qualified Athletic Therapist in charge of me asked me as question.  We had spent a little while assessing patients with him asking me anatomy questions, which had me sweating to like good in front of this person. Eventually we went out to cover the game and he asked me what I thought about different therapies I was learning about, especially modalities and if they were any use at all. I then said that I thought R.I.C.E was the “most effective rehab”. He laughed and then asked me “So should you put ice onto an effected area straight away even though ice will reduce pain but slow the repair phases possibly causing issues later if its over used like it normally is”. After hearing this I was quit for a solid half an hour because I couldn’t answer him and my 2nd year college mind couldn’t yet comprehend the idea that “wait that cant be right”.

So after years I’ve come to the conclusion that I still do not have a conclusion and that each and every individual must be taken as an independent case and that any therapy be they strange, tried and tested, old, revamped or the simple thing you skipped because it was simple I believe that having predetermined methods and schools of thoughts cant really work anymore.

Owen Feeney AT Injury Clinic
5.0
Based on 29 reviews
powered by Facebook

Alannah Hedderman
2020-09-17T18:56:34+0000
I took part in Owen’s weekly injury prevention classes on zoom during lockdown and I found them very beneficial. I was... doing lots of extra training during this time and the classes were a great recovery tool as well as preventing me from sustaining any injuries with the increased training volume. I still use some of these exercises to supplement my training today and I would highly recommend contacting Owen if you have any injuries or niggles!read more

Niall Brannigan
2020-08-25T20:03:51+0000
I came to Owen with a twisted back following a work and/or an effect from a running injury. I had a seriously twisted... back which only being hunched over brought relief. I had been to hospital, had an MRI scan, told, amongst other things, to do tai-chi in a chair, do some breathing exercises, and think about my ‘well-being’! The back problem, back and forth, was into its sixth month. Whilst I’m not against these suggestions, I wasn’t going to work for me. I’m a tradesman, I needed a quicker solution. Owen had posted a pic on Instagram with someone who had exactly the same issue as me. After I had a consultation online with Owen, he said not only would he fix the problem, but make it better than I had ever felt before. He suggested a series of exercises that I followed to the letter. The result has been amazing. I sleep better, run better than I have in a long time, and more importantly, haven’t had one niggle since. I live in Southport, UK. He’s based in Ireland. A true professional, knows exactly what he’s talking about , absolutely no hesitation in recommending him to anyone. I will be talking about him in my ultra-running circle for the ‘go-to’ guy! Cheers Owen, can’t thank you enough.read more

Muireann Carr
2020-08-20T13:48:05+0000
***House Call*** Owen called out to my home as I've been having some issues with my ankles. Owen is very knowledgeable... and professional and explains everything in a straightforward way. I have gone to other professionals before where I have left feeling more confused than I had before the session. Owen also provides you with all your rehab exercises on an easy to use app so there is no confusion with what you have to do next. I would highly recommend Owen to a friend.read more

Gerard Horan
2020-08-20T08:50:41+0000
I can’t recommend Owens services enough. Professional and super knowledgable, he breaks down your issues in an easy to... understand way. I suffer from issues from shoulder injuries, mobility and a general discomfort in some movements. I had Owen do a house call which helped me greatly with my busy schedule. It added an extra level of comfort having him work on me in my own home. 3 weeks on and the pressure I usually feel on a daily basis in my upper-body has dissipated. I don’t feel the usual strain at night when trying to sleep. Whether you’re an athlete or not, if you have any niggle interfering with your day to day life, I advise seeking out Owens help.read more

Emma Hogan
2020-07-26T21:00:08+0000
I attended Owen's online Injury prevention/Active Recovery classes during lockdown. I was expecting them to be similar... to yoga and pilates class but was surprised how different they were. I found them really enjoyable and would really recommend them to a friend.read more